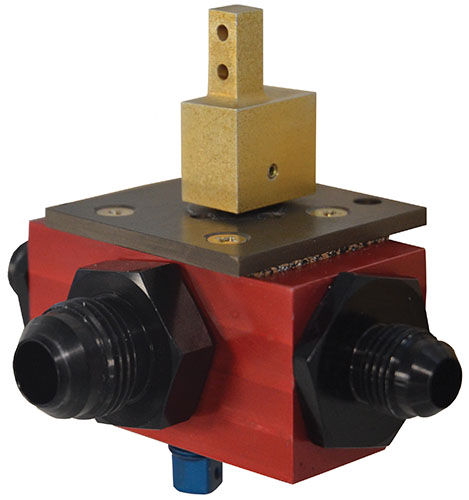 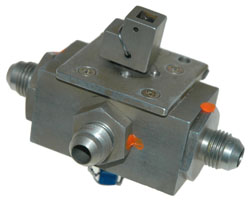 New Fuel Selector Valves
Due to the poor condition of many original valves, McFarlane developed a totally new valve that was designed just like the original valve but with improvements where needed.

Improved corrosion resistance: McFarlane’s new valves are totally anodized where the original valves were Alodine conversion coated. This change drastically improves the surface durability, wear resistance, and corrosion resistance of all the components, and they will stay pretty too! Corrosion protection is important since the valves are at the lowest point in the fuel system without any upstream water separation or contaminate screening. We have also eliminated the brass bushing that corrodes the cam.

Improved O-ring retention: Modern machining processes lets us precision machine the O-ring capture cavity. The original valve O-rings were retained by staking (stamp forming) the housing. This process was inconsistent at best and distressed and weakened the surrounding aluminum structure.

More balanced fuel flow: Yesterday’s manual machining process of the original valves were often inconsistent enough to let one port flow more fuel than needed while the other port might flow a very marginal amount of fuel. The new McFarlane valve is computer machined for a perfect balance of fuel flow.

You can rest assured that if it’s a new McFarlane valve or a valve repaired by McFarlane, it will be pressure, functional, and flow tested to perform to the highest standards.

Repaired Fuel Selector Valves
We can repair your valve or you can purchase one from our stock and return yours for core credit.

Many valves are in stock and ready to ship!

All of the improved parts that go into our new valve are interchangeable with the original Cessna valve. This means that if your valve is good with the exception of a few parts, we can fix it at a reasonable price! Whether you need your valve repaired or a new valve, McFarlane will save you money.