Please verify that this product is eligible for your aircraft before adding it to your cart. 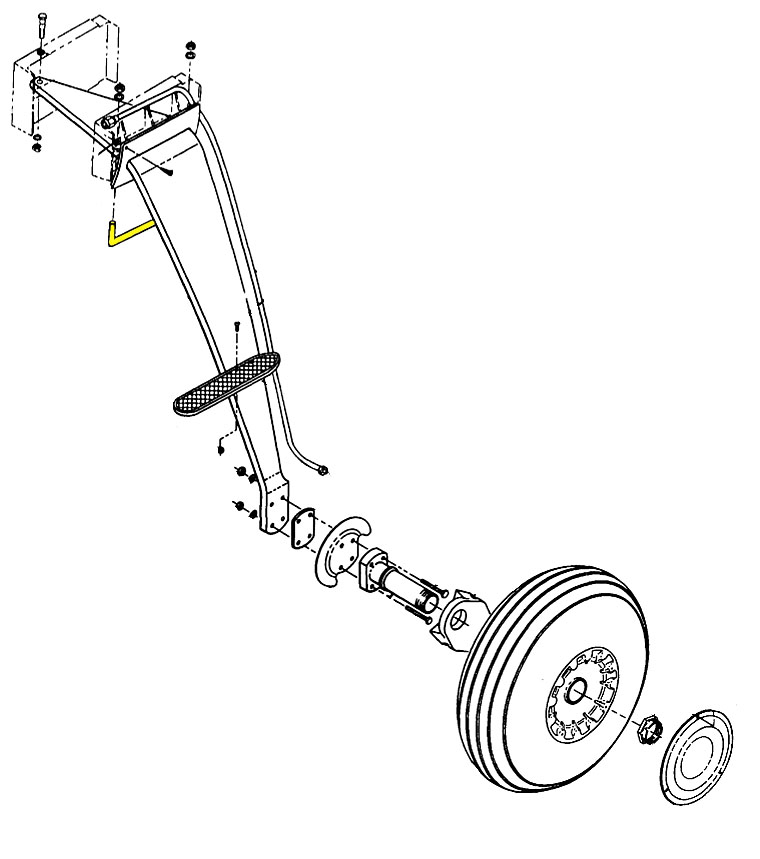 U-Bolts take immense vibration and cyclic stress loading from landing and taxiing on imperfect runways. The long Cessna landing gear legs have tremendous twisting leverage on the U-Bolts. Every imperfection you feel while taxiing or operating on the runway is magnified to large stress forces on the U-Bolts that clamp the gear to the outboard fuselage support forgings. The Cessna U-Bolts are made from standard 4130 Steel with inclusions and other imperfections in the metal. The standard sharp threads are cut during Cessna manufacture. The cut threads allow stress concentration of the large stress forces in the sharp “V” of the thread where the U-Bolts are often found broken. When the aircraft is operated with broken U-Bolts, the weight of the airplane and the inboard attachment bolt keeps the landing gear in place, but the twisting gear stress results in hammering vibration on the gear forgings.

If you listen for it, you can hear a broken U-Bolt in the cabin during taxi or you can check for a broken U-Bolt by kicking the tire while holding your finger between the gear leg and the fuselage structure. You will feel movement if the U-Bolt is broken. This hammering will eventually start cracks in the aluminum gear forging and the forging must be replaced - a very expensive repair. It is also recommended to replace the inboard gear support bolt if the aircraft has been operated with a broken U-Bolt. The inboard bolt is a special high strength magnafluxed bolt that is critical to landing gear security. Because of the U-Bolt failure problem, Cessna issued Service Bulletin SE78-68 requiring periodic inspection of the U-Bolts and replacement of the U-Bolts every 1000 hours to prevent failure and to prevent continued operation with failed U-Bolts. Proper torque process and value are also very important to prevent U-Bolt failure.

McFarlane U-Bolts are manufactured from higher strength 4340 Crankshaft Steel that has been re-melted under vacuum to remove imperfections in the steel. The threads are roll formed, which strengthens the threads by perfecting the grain structure of the metal that drastically improves fatigue resistance. The “J” style rolled threads are formed with a radius in the bottom of the thread “V” that spreads out the stress loading. McFarlane furnishes new nuts that are designed to work effectively with the “J” thread design. The McFarlane U-Bolts are then carefully heat treated and tempered for perfection in strength and fatigue resistance. Our FAA approved Instructions for Continuous Airworthiness (ICA) conservatively recommend 1200 hours between U-Bolt replacements.

Please verify that this product is eligible for your aircraft before adding it to your cart.