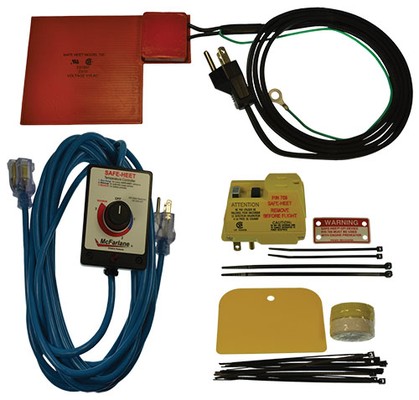 Terms of Limited Warranty
All SAFE-HEET Engine Heaters are warranted for four years from date of sale to the original consumer against defects in workmanship and materials. The manufacturer's only obligation shall be to repair or replace at the manufacturer's option the product provided it is returned transportation prepaid to the factory within four years from date of sale to original consumer. Defects or failures due to incorrect installation, improper voltage, improper usage or handling, or any other condition beyond our control, as to any and all of which the manufacturer will be sole judge, are specifically excluded from this warranty. This warranty gives you specific legal rights. You may have implied warranty rights which vary from state to state. No other liability of any kind, arising from the use of the product, whether defective or not, is assumed.